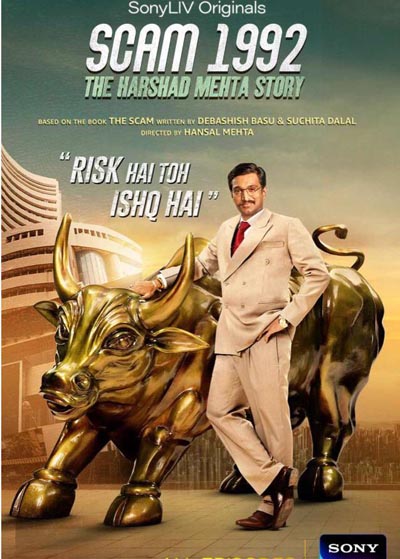 Based On: 1992 Indian stock market scam

Adapted from: Journalist(s) Sucheta Dalal and Debashish Basu's 1993 book The Scam: Who Won, who Lost, who Got Away.

Set in 1980's and 90's Bombay, it follows the life of Harshad Mehta, a stockbroker who took the stock market to dizzying heights and his catastrophic downfall.SourceIMDB

By the fag end of the 70's era, a middle-class boy from Ghatkopar finds his way into the stock market. He is Harshad Mehta. Aided by his friend, Bhushan, Harshad masters the art of jobbing.

Harshad's life goes for a toss when bankruptcy hits him hard coupled by his father's demise. Although disturbed, Harshad does not give up but ventures into the consultancy business and sets up Growmore Consultancy. While his friend, Pranav Sheth finds him corporate clients, Bhushan is roped in to join the firm. Armed with the new economic policies by PM Rajiv Gandhi, Harshad's fate sees a growth spurt in business. With growth, comes limelight. Is it for good or bad?

Harshad gets lured into the money market following a jibe from Ajay Kedia, the broker from Calcutta. Once in the money market, he learns that the shots are being called by Citibank and its chain of brokers. Building his own cartel, Harshad starts giving them 'bankerage'. With SBI as his client, will Harshad's fortune turn around for good?

Harshad's sudden success spurt catches many eyes. One such is that of Sucheta Dalal, a financial journalist. She is tracking his activities and is on the lookout for evidence against him. Meanwhile, Harshad indulges in a massive buying spree; a 15000 sq feet house and several cars being an example. Will this pompous life go down well for him?

Finding suspicious fund movements in Harshad's SBI account, the RBI Governor directs the bank to start tracking his account. Harshad, in order to be on the safe side, asks Sitaraman not to present the 500 crores sum in the accounting records. With RBI's close surveillance and shrinking stock market, will Harshad be able to hold his grip firmly?

Sucheta receives a lead from Bellary regarding the 500 crores that is apparently missing from Harshad's books. At the same time she is shocked to know that Harshad has smartly paid off most of his debts to SBI. She has just twenty four hours in hand to expose him. Where will this chase end?

Venkitarajan becomes aware of more than one bank being involved in the money scam. This in turn widens the scope of the entire scam scenario and an RBI investigation is set up which sheds more light into Harshad's fraud as well. Some shocking facts are brought to light, compelling a CBI investigation thereof. What awaits Harshad at the end of this investigation?

Sucheta grabs a big piece of information when Venkitarajan lets her in on the news of NHB's involvement in the scam. Based on the news published by Sucheta, CBI officer Madhavan begins grilling Pherwani. Fearing that Pherwani may spill the beans, Harshad connects with Delhi. Pherwani is later found dead. Is there a connection between Harshad's Delhi call and Pherwani's death?

The government tries to negotiate with Harshad Mehta and his lawyer but eventually it didn't work. And one day Harshad along with his lawyer Mr.Ram Jethmalani conducted a press conference in which publicly tell everyone that the then PM Mr.PV Narsimharao had been given a briefcase of Rs. 1 crore.

Following the disturbing press conference release, Delhi offers a deal to Harshad, based on which he withdraws his press statement. With most of his assets standing defunct, Harshad goes back to restore Growmore. Bhushan's revelation that Harshad holds the benaami shares proves to be too costly. Watch what becomes of Harshad ultimately.

Nikhil Dwivedi says he turned to production as he ‘was not offered good work’, talks about returning to acting with Scam 1992By:Hindustan Times - 12 November,2020 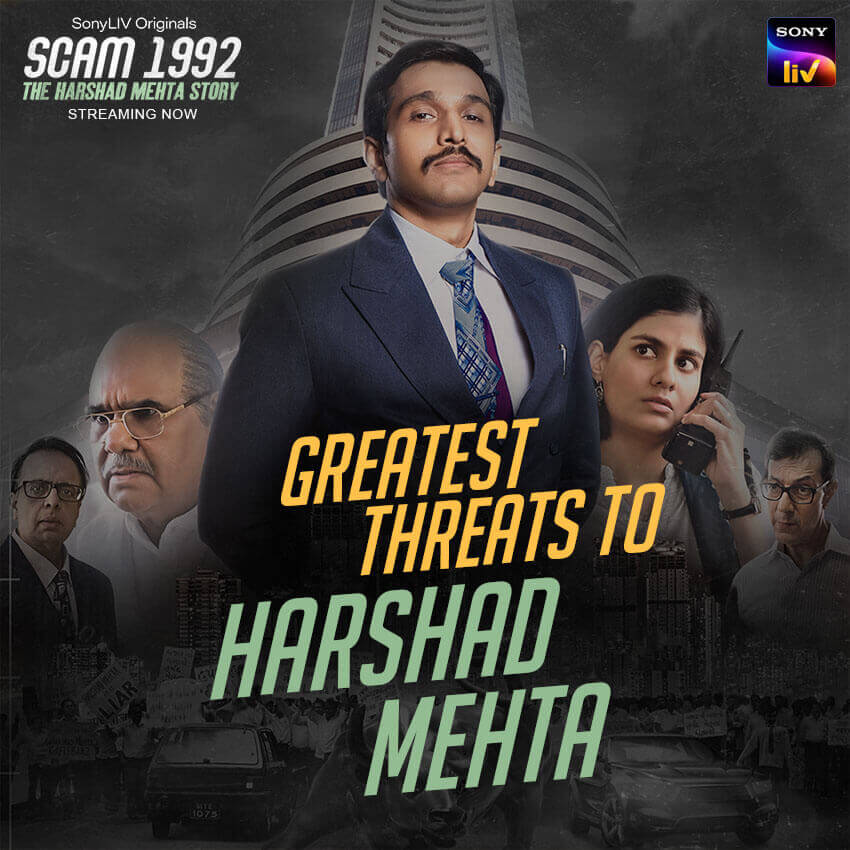