It features Vivek Oberoi, Riteish Deshmukh, Aftab Shivdasani and Urvashi Rautela in the lead roles.Originally scheduled to release on 22 July 2016, the date was advanced to 15 July 2016 after a pirated copy of the film was reportedly leaked online. Source: Wikiepedia

The Masti boys plans to get some Great Grand Masti after they got encountered with some problems with their married life. They visits a bungalow to sell it, and mean while plans to have some Great Grand Masti in the village ;). But unfortunately that bungalow belongs to a Boothni who died without getting love. The rest of the movie shows how the bhoot tries to attract the Masti boys inorder to make love with them.

You can go for this movie if you are aware of Sex-Comedy Genre (considerig the fact that this is a Indian movie, the point is we cant provide with all the Adut contents just like that). The Movie will make you laugh at several places from beginign to the end.

I don't know about other critics, but to be frank I loved this movie.

2. Urvashi Rautela: Eventhogh she's young, she did the role like amatured actor

1. Some jokes were sensless 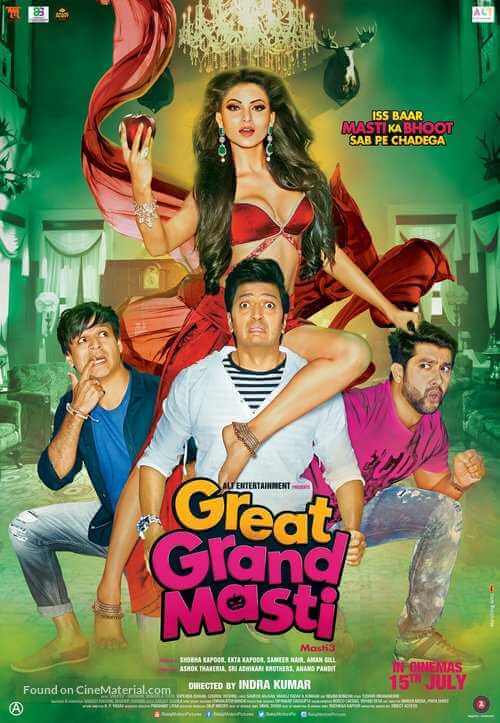